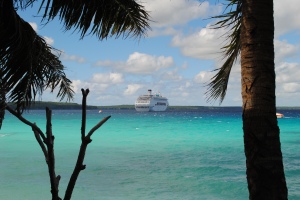 Ok, so I’ve kind of fallen off the planet for a while.
Slackness…and being swallowed in the vortex of time, which just moves TOO darned quick!
My apologies for not at least keeping up with some of my favourite bloggers posts. 😦 Hope all is well in your worlds!

I had a moment the other day when I began lamenting at the dinner table that I STILL, at age 46 do not know what “my purpose” is here on earth.
Of course my daughter piped up and said “To have me!” which is true, all my children have been my “purpose” for a LONG time, but the youngest are not exactly kids anymore and the older two have now flown the coop…

I still don’t know exactly what I want to DO when I grow up, and I’m growing up FAST!

I get panicky about this…. about using my time here, wisely… and seem to just drift rather than actually feel as though I have a clear GOAL.
I suppose a lot of people do the same and it might not even bother them, but I always feel a bit stressed by the thought that I may not be making the most of this precious gift of life.

One thing we ARE doing, hubby and I, is making the most of our freedom now that the kids are older and it’s great!
In fact this Saturday we are off on our first CRUISE together!

I went last year on my first ever cruise with a friend but my husband pooh poohed the whole idea of cruising as a holiday.
Honestly never thought I’d get him to warm to the idea because so many of our travels have been on land, and very intensive full on trips.
However, I discovered just a few days ago that he’s had this cruise booked since February and was going to leave it till the day we are due to leave to surprise me.
His (unwise) plan was to announce it that morning and say “Quick, pack a bag….we’re going away!”
That would NOT have gone down well.

Perhaps MEN can do that….just chuck a few things in a bag and off they go but WOMEN need time to think and prepare. Mull over what coordinating outfits to take, which shoes, which jewelry…
Things need to be washed and ironed. Tried on, taken off, put back in the wardrobe, then get taken out again and packed…then unpacked…then repacked.
I even need to go online and check what other people take, then consider what I’ve packed…then unpack it, then repack it.
Just to be SURE, you know.
And I’ve packed my husbands suitcase as WELL.
Control freak?

Can you believe that he wanted to take his COWBOY hat?
On a cruise?
I mean that is just not “proper attire” for an ocean holiday.
Fair enough in the outback but he’d stick out like a sore thumb in thongs (with holes in the bottom I might add!), board shorts and a cowboy hat! (Dag!)

I jokingly pulled out this long Indian outfit that was given to him when he worked over there. Like one of those long sleeved mens “dresses”. Like a Kaftan, sort of. You know what I mean? Basically a big tent of a thing!
I said to him sarcastically that maybe he should pack that since he plans on taking full advantage of all the cruise food!
To my horror though he was delighted that I’d found it, and put it on, then and there saying.
“I’ve been looking for that for ages! I really like it! I think I WILL take it actually!”
My daughter and I just looked at each other in shocked dismay.
Talk about a joke backfiring.

Can you imagine it? A bald middle aged man, with a rather ample belly in an indian Kaftan with a cowboy hat….and thongs?
(It has now discreetly disappeared again.)

This is why I have packed his suitcase.
Sensible wife?

This is going to be interesting…I can feel it in my bones.

We’re going to the Pacific Islands- Noumea, Mare and Isle of Pines, on the Carnival Spirit ship – (the “fun” ship) which boasts a giant water slide.
The “Green thunder”.
Take a look at it here.

My husband INSISTS that I have to go on it!
HE is planning on going on it!
I told him he’d better do that on the first day – before he begins his eating holiday.
I’m not going on THAT!
Do you think I will?
Ok, well, maybe…once. I’ll see.

I am a people watcher,life observer, nature lover, spiritual seeker loving this crazy wild ride that life is taking me on. I am still a blank piece of paper waiting to be filled and that is good.
View all posts by Tracy Lundgren →
This entry was posted in Australia, Blogging, Cruises, Getting older, Humour, husbands, Life, life experiences, Marriage, Travel and tagged Blogging, Carnival Spirit, cruise ships, Cruises, humour, Husbands, Life, life experiences, packing for a cruise, surprises, travel. Bookmark the permalink.