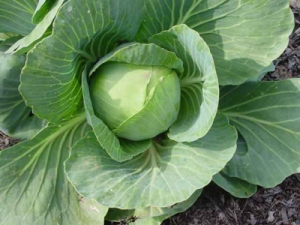 The state of my womb has been on my mind lately.
For the past four years or so I’ve known that something is “not right” with me.
(Hubby has been saying that since we first met.)
But seriously, I’ve been suspecting that something hormonally has gone awry, yet every single hormone test has come back “normal”.
The doctors have become frustrated with my insistence that something is not right which is crazy because there have been times I have broken down in tears sobbing in the doctors surgery, an indication in itself surely that I’m a hormonal mess?

Some time ago I had a period from hell.
Sorry, this is going to be a candid blog. I don’t care. Honesty is who I am.

I bled for a month straight, insanely heavily, like something from a horror movie.
(Vampires were flocking to my door.)
To the point of me not being able to leave the house. It was awful.

I was afraid I’d pass out so I started taking iron tablets, of my own accord.
I went to see a doctor and she prescribed synthetic progesterone tablets. (Hmm, even though my hormone levels were “normal”.)
One of the side effects was “painful breasts and depression.”
Great. All I needed on top of already feeling bipolar and suicidal.
I opted not to take them since I’m a bit anti artificial hormones anyway.

It was at this particular point in time that I was also feeling an incredible urge to nurture my inner spiritual self, so I was reading all kinds of self help, find yourself, find meaning to life type books.
I had also began trying to meditate, again. (I always try, but washing machine head gets in the way.)

I had the most peculiar experience one day whilst meditating.
I had asked “the universe” for answers on what to do about my hormonal woes, particularly what to do about this period from hell.
So there I was meditating, relaxing, breathing deeply, fighting my spin cycle brain….etc.
When I’d finally reached that nice level of floaty peacefulness, this voice came inside my head and said….

“You must place cabbage leaves over your uterus for three days and three nights, and eat garlic.”

I promise, this is the God’s honest truth. This actually happened.
I mean, come on, I know I’m weird but even *I* couldn’t make this  up.

Even I thought it was crazy. I mean….cabbage leaves? Where the heck did THAT come from?
Maybe the garlic was to stave away the vampires?

Curious, I began googling the “health benefits of cabbage” and lo and behold what a marvelous stinky little vegetable this turns out to be! (garlic too)
I even came across an online book all about the health benefits of cabbage written by a woman who was so into her cabbage research that she was even going to start a cabbage clinic!
Within her book there was a short section about her having used cabbage leaves for her own womanly troubles. She didn’t say what exactly but it inferred problems with heavy bleeding.

Well, what do ya know!

So….I bought a whole load of cabbage…and garlic.
Hey, I was at my wits end.

I found a wide elasticized bandage, “bruised” the cabbage leaves , by rolling them with a wine bottle (couldn’t find the rolling pin.) and strapped them to my lower abdomen.
I did this in secret, not telling ANYONE for fear they would finally have me committed.

It was a weird feeling, the first night, going to bed strapped up with cabbage.
I mean, lavender under your pillow…but cabbage in your pajamas?

Luckily my husband was away on business.
I can only imagine if he was sleeping next to me.
“Darling…when was the last time you showered?”
The garlic breath alone was enough to keep anyone away.

The funny thing was, within a few hours my uterus started having an absolute fit.
I swear, it was almost like pre labour pains. God almighty it was painful!
Kinda scary really, because “something” in the cabbage leaves was really having an effect physiologically and causing my uterus to spasm and contract.

After the second day of cabbaging myself I was almost going to stop because I was becoming worried that I might hemorrhage to death.
Thoughts were going through my head of ambulances arriving to find me white as a sheet bleeding to death, and as they lifted me onto the stretcher all these wilted cabbage leaves dropping out of my pajama pants.

“Woman found close to death surrounded by cabbage leaves in her bedclothes.”

On the third day, as directed, I stopped with the cabbage.
So did the bleeding.
I SWEAR.

Since then I have used it to relieve toothache, bunion ache and convinced my friends and family to try it for their aches and pains too. (I confessed about the cabbage strapping.)
They still think I’m a bit (totally) crazy, but think about it. Sulphur is an anti inflammatory.
Maybe NOT so weird after all?

Anyway.
So my womb is still on my mind.
I have to go for another ultrasound this week because they did end up finding some abnormal thickening of the lining.
Hopefully there’ll ultimately be a silver lining to this story.

Worst case scenario they might need to spring clean my womb. That’s ok.  It hasnt been used in a while so I suspect it might need a good dust.
Lets hope hey. (I’m trying not to be as the title suggests.)

And all the while they keep telling me. “Your hormones are completely normal.”

As normal as my mind?

I am a people watcher,life observer, nature lover, spiritual seeker loving this crazy wild ride that life is taking me on. I am still a blank piece of paper waiting to be filled and that is good.
View all posts by Tracy Lundgren →
This entry was posted in Getting older, hormones, Humour, Life, Perimenopause and tagged alternative medicine, cabbage, hormones, humour, Life, perimenopause, women. Bookmark the permalink.