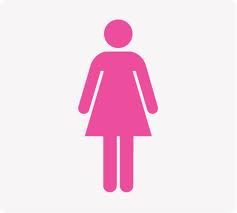 I have an official complaint.
New York…for all your glamour and glitz, fancy tall buildings, multitude of fancy department stores, numerous eateries and famous historic icons, you suck when it comes to providing adequate amenities for those of the weak bladderedness.

Seriously. New York is VASTLY lacking in this department as we quickly discovered.

There are just no public toilets in New York!
Ok….so we found ONE….in central park. For hobbits.
The doors in there were so small that they barely covered your mid section. Come on…knee to neck doors are not PRIVACY, they are token gestures….especially when there are three inch gaps on either side. (More about the gap issue later.)
Did they run a bit short of money and figure….”Oh well….hobbit doors will do.”

I even asked our tour guide on the second day where all the public toilets in NYC were. He just laughed. “We use Starbucks” he said.

The first day when we ventured off by ourselves we quickly got into trouble in the toilet department.
I admit, I have an inadequately sized bladder. One drink for me means at least seven pee stops. And when I need to go, I need to GO as my body – now, only gives me ONE chance. “Do not pass go….Do not collect $200…go straight to… “Oh my God this time I’m REALLY going to pee my pants!”
(Sucks getting older after having FOUR kids.)
Pelvic floor? I do not speak that language.
Just find me a damn toilet will ya!

And this proved impossible. Oh we tried the obvious – MacDonald’s but guess what, you had to BUY something before they would let you use their loo.
Ok, well… let’s just add to the obesity problem why don’t we?
So, I bought the cheapest, least calorific thing….a bottle of water.
Face palm. Why did I do that?

All that walking DID make us thirsty….but then all that water let us on a never ending quest for frantically finding the next loo. More water….. You see the infernally frustrating cycle don’t you?

Pee anxiety! This is what we had. Not just in New York mind you but the entire time we were in the US it was a traumatic experience.

For a start, if you eventually manage to hobble cross legged to a loo, well….most of them, say in Starbucks and other restaurants, even MacDonald’s I found frequently, well, it’s not a proper amenity block is it?
What I mean is there is just ONE toilet and the door opens straight into that one toilet space. Often times located not so very discreetly where this door opens right out into the restaurant area.
No corridor taking you down to a more private “this is where the toilets are” area.

This causes anxiety because you’re never quite sure if that door is REALLY locked.
You lock it, and it seems to lock but there’s always that “what if” factor and as you sit and pee as fast and furiously as you can, you’re always worried that WHAT IF it isn’t really locked and someone barges in and there you are sitting on the throne with your pants around your knees facing an entire restaurant of people eating their lunch.
Gah.

That’s just how my mind works. Rest rooms as they call them? There’s no sense of REST in there. Not at all!
Give me a proper PRIVATE toilet area – discreetly away from the public. THEN I’ll “rest”.

Oh but speaking of privacy….the gaps. I do not understand why….when you DO find a normal toilet block, with several cubicles, why the gaps on either side of the doors in America are so HUGE.
I’m talking wide enough to slip your wallet through, at least!
I find this funny actually, because for a nation who seems to make a big fuss about privacy in general…well.
I reserve the right to pee without someone watching me!

It’s most disconcerting to sit there and be able to look out at the people waiting for their turn, wondering if they are going to look at YOU.
On one occasion I accidentally made EYE CONTACT with a woman who was perched on the throne in there.
I didn’t MEAN to….I was confused as to whether there was anyone in there so I inadvertently looked through the gap.
Oh….embarrassing!

There must be a certain protocol in America because I didn’t notice anyone looking in at ME through these gaps.
You must just have to avoid all eye contact with the gaps. That’s what I did after a while anyway.
Anxiety!

And then there’s the whole flushing business.
Where is the damn flusher! On the wall, down the side of the toilet, no flusher at all- one of those automatic ones?
Toilets in the US don’t have the usual back on them…you know the cistern bit? There’s just wall.
It’s thoroughly confusing because they’re all different!

Those automatic ones are tricky.
I almost got a bit of bidet action happening once. Shock horror!
NOT pleasant.

And you have to watch that you don’t dip your coat tails in the water because it’s almost up to the damn top.
In Australia if the water level is that high the toilets are considered “broken”.
In fact the first time I ever visited the US I thought all the toilets at LA airport were broken.

Why is the water so high? And why when they flush do they sound like the toilets on a plane….Some gave you a heart attack with the noise.

And let’s not even talk about the whole washing your hands ordeal. Ok….so how do THESE taps work? Automatic? Stand there waving your hands around underneath only to realise that no, this one requires pushing a button, or pressing something… or doing a dance and waving your hands in the air shouting in frustration!
I felt like I had Tourettes in the bathrooms…swearing my head off and making odd body movements trying to get things to work.
Anxiety!

And service stations….GAS stations. Don’t rely on those. Oh no. No toilets there.

Americans must just have bladders of steel because during our entire 4000km car journey I did not see ONE person stopped on the side of the road having a pee. Not ONE!
In Australia you see men “freeing willy” all the time.
We wondered if it might be illegal or something.
If the tree’s had of had damn LEAVES on them *I* would have gone and pee’d behind a tree somewhere!
As it was, with all the bare winter tree’s it would have been a bit like trying to pee behind matchsticks.

I almost had a meltdown in Dunkin’ Donuts one morning.
It was bitterly cold I needed to GO.
We raced in there and ordered something for breakfast.
I saw the sign for the toilets but I didn’t realise while I stood there ordering that they were “closed for cleaning.”
“How long will they be closed for?” I asked the person serving.
“Until the floor is dry.”
I waited…and waited…contemplated getting down on my hands and knees and blowing the damn floor dry.
Contemplated sneaking in there anyway…
Contemplated having a the biggest hissy fit!
“Goddamn it! Sue me if I slip on your damn wet floor…THIS floor is going to get a lot more dangerous in a damn minute!”

Oh….we did have a luxury bathroom experience in Tiffany’s once.
Some ladies on facebook highly recommended the experience, which to be honest confused me.
“You have to go to Tiffanies!” they said. “The bathrooms are amazing!”
I didn’t CARE about glamorous potties. I just wanted somewhere to pee in private, without gaps!

They don’t call them “restrooms” in Tiffanies, I’ll have you know. They are called “The men’s and ladies lounges”.
We were confused seeing that sign…we were just looking for the dunnies!
I felt like a Walmart girl in Tiffanies.
Totally out of place and even though we TRIED to look like we were shopping (ha!) I felt the distain of the concierge as he sniffed haughtily and waved a hand… “The lounges are that way ma’am.”

Can’t say that the lounges were all that amazing really – I mean I didn’t get my tush automatically pouffed or anything but there were NO GAPS!
Halleluiah.

So my advice to anyone visiting the US, especially New York city is….get a catheter fitted….or bring your depends underwear!
And don’t drink…ever.

I am a people watcher,life observer, nature lover, spiritual seeker loving this crazy wild ride that life is taking me on. I am still a blank piece of paper waiting to be filled and that is good.
View all posts by Tracy Lundgren →
This entry was posted in Anxiety, Australia, Humour, Life, life experiences, Public toilets, Travel and tagged America has no toilets, humour, I need to pee NOW, New York, privacy, Public toilets, Rest rooms, toilet anxiety. Bookmark the permalink.