Back from America! “I survived…. a tornado!”

Posted on December 7, 2013 by Tracy Lundgren 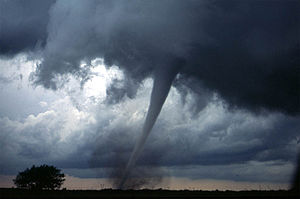 I’ve been sick and jetlagged, and just plain exhausted since getting back from our trip.
I had no time to blog while we were away as it was just so hectic. We never had a days rest and practically FELL into bed each night to sleep the sleep of the absolutely “knackered” as my pommy friend would say.

How can I encapsulate three weeks of sheer hectic, exhausting frantic paced sight seeing of the US as an Aussie family, into one piece of writing that either doesn’t turn into a book, or bore people to death?

I will just let it all spill out I think, as it comes.

New York city.
What a place.
I’m not a city person, at all, but you can’t help but be impressed by a location that for most of your life you are familiar with in so many movies, sitcoms, TV shows…
The steam coming from the grates has to be one of the most fascinating things to us, because you see it in the movies, and we just don’t have steam coming from city grates here!
The tall tall shiny buildings.
Ok, so we have tall buildings too and some of them are shiny, but the ones in New York just seem super shiny – sexy even, and I’ve never thought that way about buildings before, and of course super tall.

Visiting where the twin towers stood was particularly moving, and strange.
I thought it might make it more “real” somehow…to see them gone, but just as the images on TV of the planes going into the buildings seemed surreal, so did the absence of those buildings.
The strangest thing to me was standing in the little church almost across the street it seemed from where the towers collapsed, and hearing that miraculously the church suffered no damage, nor the headstones in the yard in front of it and in fact only one tree in the church yard was destroyed.
How on earth does this happen? 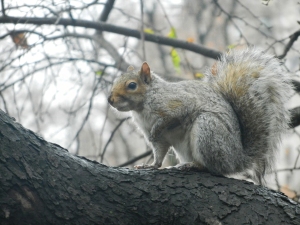 It would have saved my feet if we’d done that because OH MY GOD, the walking we did!
I swear I have come home at least a centimetre shorter because I wore my feet away.
In fact one day when we did a privately guided walk of NYC (six hours!) I really thought I was going to collapse in a pathetic crying mess right in front of the tour guide because my feet were just throbbing and my calves were in agony!
We got to see so much though and the tour was really good – the guide was extremely informative and showed us all the places where famous movie stars live, where certain shows like “Sex in the city” was filmed, where John Lennon was shot….all the history of the city, information on all the architecture etc. Well worth all the pain.

After three days in New York we headed off to Pennsylvania, and I must say I think that was my favourite place of all.
So so pretty!
Very rural. Amish country.
Rolling fields and the cutest quaintest towns with the cutest quaintest houses. So cute you could just pinch their cheeks!
All the pumpkins on the porches… the red barns…the fall and thanksgiving, and in some cases Halloween decorations in peoples windows and yards.
Oh WHY don’t we do that here in Australia?
Make a big deal out of changing seasons even. (I’m going to! My favourite season is Autumn anyway.)

We stayed at the most delightful bed and breakfast place in a town called Paradise in Pennsylvania.
We had to drive through another town called Intercourse to get to Paradise.
(You can imagine the jokes.)
Anyway our accommodation was in a converted chicken coop.
Yep – quirky and quaint, full of homely decor…frogs everywhere of course because the place is called “Frogtown”.
The hosts were so warm and welcoming and the husband was such a character! Loud and funny.
His laugh was positively infectious and he had us all constantly laughing with him.
The breakfast was huge, but amazing!
We all loved that place the best out of all the places we stayed.

Then we moved on to Ohio where we were going specifically to visit the scent manufacturer that we buy all of our candle scents from for our candle business.
Now, the most outstanding experience happened to us there in Ohio. In fact probably the most memorable experience of the whole trip.
We experienced a tornado occurrence!
Quite unexpected, and not usual for this late time of the year but apparently there had been a few others, quite bad ones recently in neighbouring parts of the country.

We had found the next bed and breakfast place we were to stay at, dropped our bags and then headed off into town to do some shopping and have dinner.
Our host did say to us. “I think I should let you know that they have issued a tornado watch but we’ve never experienced one here before…..so I just thought you should know since you are going out.”
It didn’t seem threatening. A watch was just a “keeping our eyes out just in case” kind of scenario.
We wanted to go shopping!

After dinner we were walking back to the car when all of a sudden the most horrendous sound began blaring from everywhere into the night around us.
Tornado sirens!
Oh.My.God.
I can’t even describe how frightening that sound is. It feels like the end of the world is coming and turns your bowel to water. (Not quite…but almost.)
What made it worse was that instantaneously , as the sirens began blaring, the sky opened up and heavy rain began to fall, as if on cue.
Well, we just ran….. all of us, ran as fast as we could to get to the undercover car park where our car was.
As we got in under the building a massive gust of wind tore down the street behind us sending a flurry of leaves into the air.
What made it worse was that although empty cars were everywhere there seemed to be no people around!
I spotted a woman over the other side of the car park standing with her adult son looking at their phones so I ran over to her, while the kids and my husband went to our car and explained that we weren’t “from here” and “what were we supposed to do in this situation? Pray?” No, I didn’t really say that.
I asked if we should take the 30 minute drive home or stay put.
Stay put – definitely, she said although SHE was going home because they only lived five minutes away.
So when I went back to the car I got in and TOLD my husband what she said….to stay put, but for some reason he didn’t hear me, or ignored me (I thought he was ignoring me because that’s typical) and started to drive off out of the car park.
Well, ok…fine. I thought. Looks like HE thinks we should chance it and go home.
But when I started seeing firetrucks and emergency vehicles racing down the streets then all panic broke loose.
Luckily I had the presence of mind to turn my video camera on because I wanted to capture the sound of the sirens.
Here is our hysterical mad panic moments in the car.
Quite funny really- AFTER the fact!

Tornado warning experience whilst on holiday in the US. from Tracy Lundgren on Vimeo.

And this post is already long so I will have to write multiple blogs in order to capture ALL of our amazing and sometimes weird and wacky experiences!

I am a people watcher,life observer, nature lover, spiritual seeker loving this crazy wild ride that life is taking me on. I am still a blank piece of paper waiting to be filled and that is good.
View all posts by Tracy Lundgren →
This entry was posted in Anxiety, Australia, Family, Humour, husbands, Life, life experiences, memories, teenagers, Travel, Weather and tagged America, humour, husbands. teenagers, New York, Ohio, Pennsylvania, travel. Bookmark the permalink.

21 Responses to Back from America! “I survived…. a tornado!”