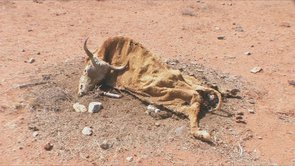 The other night as my husband and I went on an evening walk with the dog I was lamenting about how memories in the far distant past seemed so much more poignant…Almost as though the experiences we had all those years ago were just somehow so much more special.
It’s as though I felt more ALIVE – back then.
We pondered whether this was just an age thing, as in perhaps you just lose a little bit of zest for life , or something?
I told him I hoped this wasn’t the case!
I don’t think it is.
Maybe it’s just got something to do with perspective or HOW your brain actually remembers things?

It got me to thinking about one of the most memorable trips we’ve ever done – and not so in the distant past, with the kids when we took them out of school during our time in Western Australia and traveled round the outback for six weeks in our four wheel drive.
Their teachers were NOT very happy about it, but I knew it would be such a great experience for them and that it would be a “life learning” experience too.

What I did was give the kids their own video camera, and told them to make a film about their outback adventures…..so they could take it back to the class and show their friends (and poopy teachers)

Many times our kids have been chuffed at the fact that they have been able to put their hand up in class and say “I’ve been there!” when the teacher has been discussing a particular place in Australia.
Seeing it in a book, is vastly different from actually BEING there.
Traveling through country where many of the first explorers journeyed by camel, or on foot even, is an eye opening experience.
It is such unforgiving country.

I would like to share this experience with you, if you care to take a little bit of time to watch this mini documentary on an Aussie families outback adventures.
The whole thing only goes for about 30 minutes, but I have split it up into four different parts and over the next few days I’ll put each one up.
I promise you will enjoy the candid “realness” of this. 😉 (It’s not your ordinary home movie!)

The first part includes a visit to an old cave which used to be the old “brewery” – created by an Irishman in 1907. Being inside a cave served to keep the beer nice and cool. Not silly these desert folk.
Of course, beer was even more sought after than water! (I’m not kidding either.)

Then it moves on to my first driving lesson.
I don’t DRIVE. Never have…and after this you’ll see why.
We also allowed the kids to have a go driving, even though my daughter at the time was only 12. You can do that sort of thing out there. 😉

By the time we got to the station where we were picking mandarins from the trees to stock up for the trip – not much available in the way of fruit or vegies once you head out to the sticks (best fruit I have ever tasted) I had begun to get sick.
The glands in my neck swelling up painfully were the first sign that I’d caught a whopper of a virus which ended up leaving me with tonsillitis and a double ear infection.
In fact I was sick the entire trip – the sickest I have EVER felt in my life and with no doctors or hospitals readily available it took a long time to be able to find somewhere where I was finally able to get antibiotics. Learned a very valuable lesson from that.
ALWAYS take a broad spectrum antibiotic when traveling to remote places.

This segment ends up at Carnegie station – middle of nowhere place, where the kids living there gave our kids a ride in the car.
The driver was a nine year old little girl! I can’t explain how I felt filming my children getting into a car driven by another CHILD.
It’s just such a different life out there for kids. No schools, it’s all school of the air – computers, and distance schooling.
No doctors or hospitals….except for the Royal Flying doctors service, of which we have on one occasion (not this trip) had to call.

It may not look it, but even in this segment of the video we are in very remote country, which is why we always have a HF radio where we check in every night, and carry an EPERB – emergency beacon too.
Plenty of spares – goes without saying. (I think we did about four tyres on this trip and broke our windscreen/s three times!) The radiator died too which cost a fortune to repair out there.
We also carry plenty of water (and ration well) a first aid kit and of course have a good supply of non perishable foods.

So here it is. A glimpse into our past – our world, our adventures here in Australia.
It’ll give you an idea of the things we like to do….for fun.
Ha!

Kids documentary on the outback – Part 1 from Tracy Lundgren on Vimeo.

I am a people watcher,life observer, nature lover, spiritual seeker loving this crazy wild ride that life is taking me on. I am still a blank piece of paper waiting to be filled and that is good.
View all posts by Tracy Lundgren →
This entry was posted in Australia, Children, Family, Humour, Life, life experiences, Marriage, Travel and tagged Australia, Australian deserts, Australin adventures, camping trips, driving lessons, family holidays, Husbands, Kids, outback, remote travel in Australia. Bookmark the permalink.

20 Responses to Our family outback adventures captured on film. (Episode 1)