Preparing for take off. 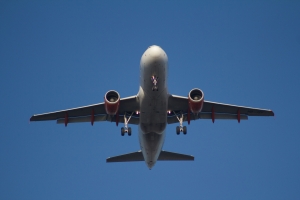 Two more sleeps till we leave for the Philippines!
Sooo exciting!

I love airports, don’t you?
There is always this energy there…of adventure, the unknown.
Suitcases being pulled around behind people of all cultures, going to far away lands, back home, or perhaps onward to more exciting destinations.
Ok, there’s a lot of standing around waiting in queues too and I do my fair share of shady character spotting in that time.
“Are you a potential terrorist? Are you?….or you? Why do you look so weird? Are you just a nervous flyer like me?
But it’s just….exciting.

Boarding the plane gets a little more anxiety raising.
But I like the inside of planes too.
The smell, the sound….
I love the way the cabin crew look.
The Asian airline women look particularly gorgeous in their long exotic looking outfits. So shapely and feminine. How do they move in such tight long dresses?
And what a life, spent mostly thousands of feet up in the air above the earth?

When my daughter was younger she used to call them the “Plane maids”.
I’m sure they would NOT like that title.

On takeoff , especially, I keep a close eye on the crews faces.
They mostly look totally unconcerned, even perhaps a little bored.
Ho hum, here we go again….
The more bored they look the better I feel because I know everything is just business as usual and that means I can loosen my grip on the armrest, or stop digging my nails into whoever is sitting next to me, a little less.

It’s just take off that completely FREAKS ME OUT.
How that huge metal thing can become airborne is so incredibly amazing to me.
And the power of it….that you feel as you begin down the runway…the engines roaring….
Sets my bowels a rumbling.
I don’t like it AT all.
I don’t like how everything shakes, and some planes shake more than others….the overhead baggage holder things, the doors to the toilets…..
This is when I begin my conversations with God.
“God, please hold this damn contraption together! Please hold ME together!”

What I absolutely hate the most, and this is when my anxiety levels SOAR, is when the plane takes off but as it’s doing so it seems to lift and drop, ever so slightly…..like it’s the little engine that thinks it can….but maybe it’s thinking it can’t?
Maybe it’s undecided today?
Oh crap, I hate that.
So now I HAVE to sit next to the window and look out the entire time so I can see that yes indeed we are going up, and continuing to go up, and the further away the earth looks the better I feel.

Once we’re totally up and leveled out and the seat belt sign goes off I breathe a huge sigh of relief.
And then they start feeding you peanuts.

Why do they do that?
Peanuts are one of the most gas inducing foods you can eat, not to mention that flying that high causes things to swell up anyway…..like irritable nervous bellies.
I always feel like a puffer fish on a plane. All the adrenaline must get my stomach juices churning…throw peanuts in the mix and I’m like a giant fart on legs.
Don’t worry about bombs, just feed me more peanuts and I’ll become the best plane hijacking weapon there is.
No, seriously. I try not to eat the peanuts.

I get excited when they bring the meals around.
It’s something to do….something to look forward to, and it’s not all THAT bad. (You’ve never tasted MY cooking.)
Except when they run out of eggs and feed you FISH for breakfast (Especially on the Asian airlines.)
I’m sorry but I can’t even SMELL fish at the best of times, let alone put it in my mouth for breakfast.
Besides….a mix of fish and peanuts? Imagine the explosive combination in MY stomach!

Oh and the hot facewasher thing they give you before the plane takes off? I forgot about that.
Why do they give you that anyway?
Do they think you are too dirty for their plane?
“Here….I think you need a wash if you’re flying with us. No dirty sods allowed on THIS airline.”

Some people should save theirs for later, when they REALLY need to clean up….like this one man we were privileged enough to be on the same flight with who mid flight started vomiting all over the place.
This is really what you should be praying to God about when you board a plane.
That you never EVER get stuck beside a mass vomiter.
This guy was the most noisy mass vomiter I have EVER heard….and I was a nurse, and had four kids, so I’m kind of an expert with barfing.
I’m sure even the bloke flying the plane must have jumped out of his skin when he heard this man begin heaving. It was like some sort of prehistoric creatures gutteral growl/howl/moan.
“BRRRRWWWWWWWAAAAAIIIIIHHHHHHHHGGGGHHHH!!!!!!”
I thought he was going to puke up his shoes.
The little paper sick bag was just not enough….I mean really, is it for ANYONE? Where’s the giant bucket when you need it?
And you’ve never seen other passengers, around him, jump out of their seats and RUN, so fast. I mean  some of them were practically clinging to the roof like magnets trying to get away from him.
Oh the retching went on and on.
This guy could have done with one of those cone shaped neck collars you put on dogs. He just sat there and puked everywhere – all over his seat, the seats next to him, the window, the wall….the floor. He was paralysed by the relentless heaving waves that kept going for about twenty minutes non stop!
I could hear it even with the volume on my headphones turned up full blast.
Everyone on the plane felt his pain…and turned green.
Now HE would be one to completely avoid having the fish for breakfast.

I don’t like the toilets on a plane.
Why does it always happen that when I need to pee we suddenly hit pockets of turbulence.
Do you know how hard it is to maintain a squatting position above the loo (because you NEVER ever want to actually sit on THAT seat.) when the plane is shaking and rocking about all over the place?
THAT is why you don’t sit on it….
OR walk in there in just those silly plane socks.
You need gumboots.
Hey it’s not just me….Men have trouble aiming too, at the best of times!

Plus I have a bit of a phobia about the toilets on planes because one time, in LA our flight was delayed due to “exploding toilets” . I never got to the bottom (scuse the pun) of that but none the less it planted yet another seed…of dread and fear.

So I figure we’ll be watching about four movies in the eight hours it will take to fly to Bangkok?
That’s ok though because I ALWAYS keep the headphones on, no matter what….even in the intermission between movies because I don’t want to hear the “funny noises planes make”.
The funny noises planes make- make ME make funny noises.
Whiny whimpering noises.
I don’t like it when it sounds like the plane is losing power. Have you ever noticed that? It’s like the plane is changing gears and slowing down. Now maybe that’s perfectly ok and maybe planes DO slow down, but I prefer it to keep going as fast as possible to get me back on the ground as quickly as possible.
Turbulence is another thing that freaks me out….BUT, I have a coping mechanism for that and that is to close my eyes and imagine that we are four wheel driving, and we have done some SERIOUS hard core four wheel driving.
The only thing missing in a plane is the “Jesus bar”.

That’s where a glass of wine comes in handy….Or several.
Actually, I usually have a glass, or two before we even get on the plane.
I don’t even CARE that I look like an alcoholic at the wine bar there in the airport at 7 am.
Too bad! Think what you like…. Yes, at this point in my life I seriously DO need a drink.
But not too many. I’m a cheap drunk….and God forbid, I would never want to end up being the noisy vomiter on the plane.
Just enough to take the edge off and think….”What will be will be….God, the universe, I have faith in your plans for me.”
We have this understanding see….God and me.
He’s always there when I’m….close to needing a change of underwear.

Oh it will be ok…it will be fine.
In fact, I’m really not nervous at all.
Not like other times where I have written all my kids long letters expressing how much I love them and how wonderful I think they are …just in case “something happens.”

No….I am EXCITED!
This is going to be AWESOME!

Someone down on earth is going to look up in the sky at MY plane so high in the sky there (flying nicely and safely) and think, as I often do “I wonder where those people are going? What adventures are they going to be having? God I wish I was on that plane going somewhere amazing.”

I am a people watcher,life observer, nature lover, spiritual seeker loving this crazy wild ride that life is taking me on. I am still a blank piece of paper waiting to be filled and that is good.
View all posts by Tracy Lundgren →
This entry was posted in Anxiety, Australia, Fear, Humour, Life, Travel and tagged airports, anxiety, Fear of flying, humour, travel, vomiting. Bookmark the permalink.

14 Responses to Preparing for take off.