Posted on November 3, 2012 by Tracy Lundgren 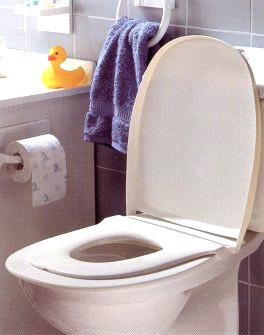 Sometimes husbands are useless, let’s face it, they just are.
There are some things they excel at – like …ok, hang on, give me a sec…
Thinking…thinking…
I’ll come back to that.

But yeah, sometimes it’s just better when YOU take care of things.

Like for example, today my sister was telling me that due to work commitments she’d asked her husband to take my nephew to the doctors because of a nasty sore that was spreading on his nose.
That evening she asked what the doctor said it was.

“Yeah, but did she give a name for it? Impetigo perhaps?”

Now if it were me, I’d want to know for sure….you know… because there’s a difference between Impetigo and Bacterial flesh eating disease.
It’s just what you do when you go to the doctors – listen, so you know what the problem is. So you can report to your wife. (So she can google it.)
Fathers should know that mothers want DETAILS.

Fathers should ALSO know that when mothers say -“Please can you watch the small children, so I can go and have a shower in PEACE.” that she really means. Do not take your eyes off them for even a nanosecond, do not turn your back, do not zone out in front of the telly, do not read the newspaper, do not get tied up on the phone. WATCH them….like a hawk, because if you don’t, all hell is bound to break loose.
(My sister knows about this. My three year old niece is has just grown back the other half of her fringe that disappeared whilst under the “watchful eye” of dad.)

My third youngest daughter was about two and a half at the time, just beginning to use the “big toilet”.
Out of all the children she was the most troublesome when it came to potty training because she was such a fearful child.
The drama we had getting her to poop in the potty was hair pullingly frustrating.
If she did manage she would jump up screaming, point into the potty and cry “Scary in there!”

What child is scared of their own poop?

Anyway, I didn’t mean to digress into such distasteful matters, but it’s important to explain that there was already a pre existing toilet phobia.

So we had progressed to the “big toilet”….an even scarier, but necessary progression.
To help her overcome her fear of that big gaping hole that might just swallow her up, we had purchased on of those toilet training seats – similar to the picture at the top of this post.
It had a much smaller hole and made her feel more comfortable about using the big toilet. Of course she still needed encouragement AND assistance.

So, there I am ,having a shower IN PEACE – a rare thing because small children have no notion of privacy, or any concept of PEACE, and will harass you everywhere you go…even when you’re on the “big toilet”.

I wasn’t able to enjoy my precious few minutes of peace for very long at all before the door opened and my husband stood there looking a little sheepish.

“God, what? What’s happened now?” I asked, still trying to rinse the shampoo from my hair.

This is when he pushed my two and a half year old into the bathroom and I immediately saw the “problem”.

The problem was, my daughter was standing there with the toilet training seat AROUND HER NECK.

“Well…if she got it on, it must be able to come OFF?”  I said, thinking he was just being silly about the whole thing.

I got out of the shower, dressed, and went out to deal with the problem MYSELF, muttering “I TOLD you to watch them!”

The crazy thing was, this toilet seat thing was kind of like one of those puzzles where you just can’t quite figure out the angle of which way to pull the hoop free….In this case, not without ripping off a small pair of ears. Now, either my daughter had an abnormally large head, or extraordinarily sticky out ears, because no matter how we tilted and angled it, it just wasn’t coming off.

We tried and tried again to no avail and eventually my daughter began crying at our attempts to remove the damn thing. It just seemed impossible to get it off her head without causing pain ,and already her ears and forehead were bright red from all the wriggling and wrangling.

“What should we do?” said my husband, looking a bit worried now.
“Should we take her to the emergency room?

“Are you insane!” I said.
“I’m NOT taking my child to the ER with a toilet seat around her neck!”
“Maybe we can cut it off?”

We searched the whole house for things we might be able to use but this was tough rigid plastic and after all there was a CHILD inside the plastic that we didn’t want to accidentally injure.

It was hopeless. There was nothing we could do, not even greasing her up good and proper, because of those darn ears of hers, which now appeared to have become a little swollen at all the pulling off attempts.

Eventually I called upon the help of one of my neighbours husbands, who had every tool known to man in his shed.
He appeared grinning, holding a pair of tin cutters.

This was how we eventually got it off the poor child, very carefully, who by then had become hysterical and was sobbing inconsolably “Get it off me mummy!”

Problem solved. All was well with the world again….except when it came to the toilet training.
It took forever, but I’m pleased to say that my daughter is now sixteen, and happily trained.

We did go through YEARS of her being afraid to flush the toilet, especially in public rest rooms. (The sound? I dunno.) and she admits she still has a bit of a problem, especially on airplanes with the “flushing” part.
I don’t blame her though….the sound of an aircraft toilet flushing IS bloody scary.
She tells me that she has to step outside of the cubicle when she’s done and reach in through the doorway, with her body safely out of the way, while she presses the flush button, then runs away quickly so as not to hear the “sucking sound.”

“Lucky I’ve got long arms.” She tells me.

Oh and after the toilet seat incident, I can’t believe I did this, but I actually wrote to the manufacturers of this particular toilet training aid and told them of our unfortunate experience and recommended that perhaps they put some sort of warning on the seat.
You know…maybe some kid could hang themselves with it or something? (I don’t know what I was thinking.)

They eventually phoned , and I’m sure were quite amused as they told me….”Ma’am. In all the years we have been making and distributing this seat, this is the FIRST and only incident we’ve been informed about involving a child getting it stuck on their head.”

I just realized….Husbands are good for providing blogging material.
(I think I’ll keep him.)

I am a people watcher,life observer, nature lover, spiritual seeker loving this crazy wild ride that life is taking me on. I am still a blank piece of paper waiting to be filled and that is good.
View all posts by Tracy Lundgren →
This entry was posted in Australia, Children, Humour, husbands, Life, Marriage, writing and tagged fears, Husbands, marriage, raising children, toilet seats, toilet training. Bookmark the permalink.